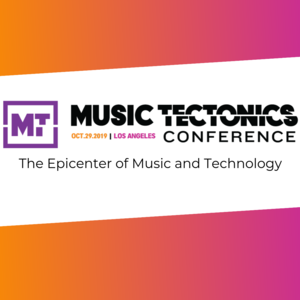 Music Tectonics goes beneath the surface.

Go beyond the tremors shaking up the daily news about music and technology: explore the seismic shifts that are shaping the business of music now and in the future.​

What will fuel the next industry upheaval?

Explore the impact of  AI, blockchain, ...

The Epicenter of Music and Technology

Positioned at the vital crossroads between music and tech, Music Tectonics is where stakeholders from all sectors meet to do business, exchange ideas, and map the terrain ahead.​

Who will you meet at the Epicenter?

We are bringing together an amazing group of thinkers, doers, developers and investors from all corners of the music industry.

PR firm rock paper scissors explores the new terrain at the epicenter of music and technology through their blog, podcast, media services, and the first annual Music Tectonics Conference.

The trading cards are the brainchild of Dmitri Vietze, the CEO of music tech PR firm rock paper scissors, inc. (www.rockpaperscissors.biz), who’s been in the music industry since way before Napster. Vietze launched the first-ever Music Tectonics Conference, taking place in L.A. October 28-29, 2019 and hosts the weekly Music Tectonics podcast which explores the seismic shifts changing the music industry as a result of technology and innovation.

“The changes sweeping music in particular and digital media in general can feel utterly disorienting,” Vietze reflects. “We distilled the dynamics at work into this fun visual format that we think will guide more productive and creative conversations about the future of music and tech.”

The limited-edition set of 18 cards will first be revealed at an October 3 event called “Music Like Fire: 18 Seismic Shifts in Music Technology,” held at General Assembly, 360 E. 2nd St., Suite 400 in Los Angeles. There is no charge to attend the event, but RSVP is required here.

The print run of 500 trading card sets will only be available to attendees of the late October conference, but music and tech advocates and professionals can get a preview and hear a presentation from Vietze during the October 3 event. Media partners will reveal digital versions of the cards online in the coming weeks.

Examples of the cards include:

Music Production is in the Hands of the Masses. Home studios. Laptops as studios. Phones with music-making apps. A.I. assistants. Making music is easier, faster, and cheaper.

The push to transparency is irreversible. Data everywhere is a window that cannot be unseen. Black box thinking is on the way out. Data liquidity untangles rights disputes and grows revenue for all.

Humpty Dumpty is together again. The industry fell apart when it went digital. New music uses emerge. These become problems, then revenue streams, then systems to solve. Humpty will never be the same.

The remaining cards cover these themes:

“Many people think we have reached a new stability in the music industry,” says Vietze. “I’m going to share 18 seismic shifts that will make you think twice about that. These are the things that have led us to where we are today and will continue to turn the world of music upside down again.”